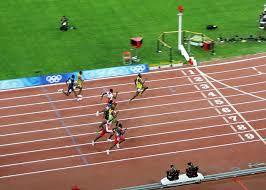 As an avid sports fan and a person who believes that an analogy is the easiest way to explain a concept, I can’t help but compare the competition on the Internet to any competitive sporting event.

First and foremost, like every sport the Internet has rules. Not playing by the rules will penalize or disqualify you. A race or a
football game does not start when the ref blows the whistle, just as the race for top ranking with the search engines does not start when your site goes live.

The first decision one has to make is what sport do you want to compete in? Are you better off taking tennis, running track or become a quarterback? That decision is strictly based on interest and qualifications. If I am a short, skinny and fast individual who likes running I would probably gravitate toward running if I want to win.
Same with the Internet, You have to select your core competency, your theme and your keywords.

I am getting carried away, stay focused….This falls under the umbrella of Keyword research.

When the Cleveland Cavs played the Golden State Warriors, much of the preparation was done way before they hit the parquet flooring. It was taking place in front of a video player with a big drawing board nearby. That was a big part of their competitive analysis.

The concept of Internet competitive analysis is identical. We might use different tools but at the end we want to know who our competitors are, what are their strengths and weaknesses and what has to be done in order to end up ahead of them.

Winning on the Internet is not about being the absolute Best. It’s about being Better than your competitors and maintaining that position.

If you need help with identifying your competitors and wonder what it will take to beat them, call WebPower Marketing at 561-746-1111.

Please contact us with any and all of your questions and requests, we will be happy to assist you!